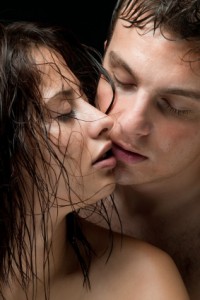 The Art of Seduction: First of an 8-Part Series of a 3-Hour Seduction in Vegas

Have you ever seen a woman on the street or in a club and wished you had the confidence to approach her? Maybe you only have one to three seconds before the opportunity to meet her is lost forever. Do you find yourself making excuses about why you can’t or shouldn’t approach her? Are you tired of that sinking feeling that you’re not good enough for her, or that nagging regret after the opportunity to meet her is gone?

It’s not your fault. These aren’t exactly skills that they teach in school. There’s no time like the present to learn what you don’t know and start being successful with women. After all, seduction is an adventure. It’s meant to be fun.

Perhaps this eight-part series about the fine Art of Seduction will inspire you to take that next step toward learning how to approach women with confidence and skill … In this article series, I break down a successful 3-hour seduction into each magnificent yet simple step so that you can do it too!

Those who know me from the past couple of years of blog posting know that I’m one of the most difficult women on the planet to seduce. Pulling me out of a venue where I’m partying with my friends is well nigh impossible. Why? Because unless you are in the top one percent of men who know what they are doing with women, I know I’ll have more fun staying put in the club or bar with my friends than I will going somewhere with a guy I just met … I am a connoisseur of the art of seduction.

If you’re going to have any chance of pulling me, it will be by showing me you are an expert when it comes to the art of seduction and understanding women … so that I get carried away by the moment, and feel MORE intrigued by the prospect of getting to know you better in private than I do about the prospect of spending a fun evening with my friends.

Most guys do not understand the Art of Seduction. Most guys are too timid to approach me at all. And the few guys who can get up the courage to say hello rarely have the powerfully congruent intention and non-verbal fundamentals required to take that initial “hello” all the way to the bedroom … much less do so within the span of an hour.

Much to my surprise, on my last night in Vegas, with my plane flight just hours away, one of these rare men found me. So I want to share with you, segment by segment, why he was so successful where nearly every other guy has failed … This is going to be an 8-part mastery series for men who want to learn the fine art of seduction …

Part 1 – The Approach: Approaching the Woman

This all happened when I was least expecting it. A group of about 30 of us were at Pure, a Vegas club. I had already been there for an hour or more. I had a plane flight early in the morning, so I planned to hang out a little longer and then go back to our hotel. It had already been a long night of watching dozens of men stand around not approaching anybody, and I was feeling a bit “done” with all of it. Perhaps my standards for the art of seduction are too high, I caught myself thinking. I was absorbed in conversation with some of the female coaches, minding my own business (as always ;) ), when I noticed a guy (we will call him Vegas Guy) making eyes at me …

All right … the first thing he did right was that initial eye contact. So much of this is non-verbal, truly it is a “vibe” thing, and the only way most men are going to be able to pull it off is to do a tremendous amount of inner game work, but I’ll describe it as best I can.

His eyes said very clearly and decisively: “I want you.” His eyes were assertive. I looked over, then looked away, and he was persistent about it. His eye contact demonstrated solid self-confidence.

His eyes said: “I want you and I’m going to have you.”

He was smiling, too. He looked mischievous and playful.

Now, immediately, I felt turned on … most women love being desired. I looooove feeling desired by a confident, unapologetic man.

And for most women – me being no exception – getting turned on like that triggers us to put up our defenses a little bit. I noticed a pretty blonde girl hanging all over him, and I immediately assumed it was his girlfriend, and that he was making eyes at other women anyway. (Nice benefit of the doubt, huh? ;) )

So I turned to my girlfriend and said, “That guy is totally making eyes at me, but it looks like he has a girlfriend. I’m so not into that. As far as I’m concerned, he doesn’t even exist.”

And I meant it. I immediately started ignoring him and even momentarily forgot all about him, as I had mentally written him off as “taken.” I was fully immersed back in conversation with the girls when I must have felt a nudge behind me.

I turned around, and there were his eyes again, but this time that assertiveness was right in my face. Somehow he had spanned the 15 feet between us without me even noticing what was happening. His presence was assertive, but not aggressive. Friendly in a powerful, dominant way. This was not a “hey, I’m Bob,” and holding out a limp handshake from three feet away kind of introduction. This was a “I’m in your space now, I want you, what are you going to do about it?” kind of introduction.

I don’t remember what he said at the outset. Probably something as simple as “hi, how are you?” It doesn’t really matter, because his eyes were doing all the talking. Powerful, dominant, sexual talking. :)

Within the first few minutes, we established that he did not have a girlfriend (the blonde was someone who latched onto him in the line to get into the club), that he had noticed me because I was drinking wine in a club and he liked my eyes, and pretty much everything else was non-verbal. Pure sexual chemistry. …

(LOL, he just texted me: “Hey beautiful how was your day?” as I finished that last sentence … funny synchronicity, huh?)

Anyway, here’s a wrap-up of what he did right on the initial approach: direct, assertive, fast, decisive, simple, perfect non-verbals, clearly knew what he wanted and wasn’t afraid to go after it (i.e., ultra-confident) …

Stay tuned for Part 2, how he handled my male friends and how he isolated me … :)

You can read the rest of the Art of Seduction story here:

How to Attract Women – Vegas
Part 3: How to isolate the girl
Part 4: How to pull the girl
Part 5: How to escalate sexually
Part 6: How to end the encounter so she wants to see you again
Part 7: How to continue leading and deepening after the first encounter
Part 8: Why you must have empathy to be a master in the art of seduction

← Vegas, baby … !! :) ← Forwarded – New Seduction Series: Vegas Guy :)
We use cookies on this website. By continuing to use this site, you are consenting to cookies. We do not sell user or customer information, ever.Ok