The Return of Tantric Dating 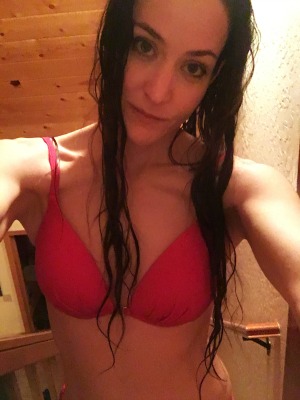 Moving Deeper Into Presence and Connection with Tantric Dating

Oh the sadness of losing Harvey the Cat has touched my face for sure … and … I’ve still got it.

Let me ask you a question … how fast do you think your life can change when you practice more Presence? Weeks, months, years … Let me tell you a story then … about how much power you can tap in to nearly instantly when you learn how to reprogram the subconscious mind …

A little over a week ago, I pulled a Holistic Belief Reprogramming video out of the archives that I had not tapped in several years. This is Day 22 of the 30-Day Sexual Abundance Challenge, and the topic is Reconnecting to Your Body.

Upon tapping this Reconnecting to Your Body video, I felt delighted to find myself in a deep pool of presence. I literally felt each part of my body breathing a sigh of relief as awareness and presence moved in and stress moved out. I felt deeply relaxed and calm after tapping the video. “Damn, that’s a powerful video, I’m really proud of that one,” I thought to myself. Then I kinda forgot about it.

Fast forward to the next day. I drove out to Squaw Valley ski resort to take a few runs on the mountain after all the glorious snow we have received this month (23 feet of glorious snow and counting, and yes I tapped for that too – you’re welcome).

I was about to take my second run, on the Red Dog lift, and was scooting forward in the short line. There was a bit of confusion, and a woman next to me yelled something like “are you going up by yourself?” I took the hint and told the guy slightly in front of me that I was hopping on with him.

And so it began.

“Are you a bar down kind of girl?” he asked me. “Sure,” I responded, and he lowered the safety bar. Somehow we started chatting.

I was, by the way, covered from head to toe, literally, with not one inch of skin showing. I mean Burka style covered, in a blizzard. I was wearing mirrored ski goggles, a helmet, a face mask, thick mittens, and many layers of heavy snow gear. He could not see my face, though he later claimed he could see my eyes a little bit. I don’t know how lol with the dark mirrored goggles. Anyway …

(One of my very first blog posts after I started blogging back in 2008 was about my ski lift experience and what it taught me about attraction and approachability … that it has very little to do with physical appearance. Take a look, it’s worth a read.)

By the time we got off at the top of that Red Dog chair maybe five or so minutes later, we had discovered a lot of common ground. I even cried in front of him, my voice breaking as I told him about losing Harvey the Cat in November. I guess he was touched by my vulnerability. And my vulnerability came from self-connection, from releasing buckets and buckets of grief over the past few months, and from Reconnecting with My Body.

Well, what usually happens with these brief connections on the ski lift is that you wish each other a good day and never cross paths again. That was about to happen here. And then it didn’t.

He had helped me unbuckle my boots on the chair, because my feet were cramping. And I forgot to re-buckle them. So he shouted to me to remember to buckle my boots.

“Oh yes, thank you,” I said. Then it looked like he would move on and disappear. Except he didn’t. He kinda slowed down. We kept moving in vaguely the same direction toward the Squaw Creek chair at the bottom of the next run. I did what I usually do … start skiing.

Next thing I know, we are riding the lift up together again. This time we are talking about meditation and deep breathing and working from home and so much else …

Now I’m ready for my last run of the day and it seems we have said goodbye to each other. I’m halfway down Red Dog on the way to cross over the Far East where my car is. And he has disappeared entirely. I felt a little disappointed and … well, that’s snow play … you have chance encounters and then don’t see each other again.

Except then somehow when I got down to the Far East lift, there he was ahead of me. I’m still not sure how that happened. He moved toward a friend’s car and I didn’t think he was aware of my presence.

So I kept skiing through the parking lot to my car, which was the other direction. I was swishing the heavy snow off my car windows with the heavy mittens, and loading up the trunk … when I hear a voice behind me …

He followed me all the way to my car to get my number. Without ever seeing my face.

← Magnolia, My Magnolia ← Art of seduction: How to contain and penetrate your woman
We use cookies on this website. By continuing to use this site, you are consenting to cookies. We do not sell user or customer information, ever.Ok