When God Speaks, Are You Listening Mark Manson? Here Are Three Very Clear Signs That God Thinks You’re An Asshole 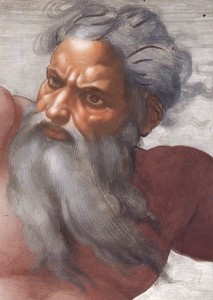 Did you know that God is speaking to us all the time? The only question really is whether we are listening. Most of us are not ready yet for direct divine revelation, so God uses what he has available to communicate with us. And that tends to be the people and circumstances around us. Mark Manson has been receiving some interesting messages from God. Do you think Mark Manson is listening?

Now 10 Biggest Lies We Tell Ourselves, before I get into “other people’s issues” lol … I’m first going to do the mea culpa thing here so that everyone understands I’m not preaching from a “holier than thou” pulpit. I want to be clear about just how blind, deaf, and dumb we can be when God is talking to us … by sharing a personal example.

It was February of 2006, and I was scheduled for a minor surgical procedure in Southern California. This meant I needed to drive from San Francisco to Los Angeles after work one Friday night, spend the weekend, and get the procedure on the following Monday. I was supposed to be back to work by Wednesday or maybe Thursday the following week. Back then, I didn’t understand that God is always speaking to me.

I expected this drive would be about five hours and I would arrive to a hotel not too far from L.A. before midnight and then drive the rest of the way in the morning. But you see, God had a message for me. And I wasn’t listening.

The first thing that happened was that I ran into a major detour on Interstate 5. It was the first and ONLY time in my life I have ever come across a highway closed for a hazardous materials spill. The detour was extensive and probably added an extra two hours to the trip. I felt frustrated but I kept going.

Next, and also totally unexpected, was the thickest fog I’ve ever encountered on Interstate 5 and it went on for miles and miles. I had to slow way, way down because it was totally unsafe. I could barely see in front of my own car. This probably added another hour onto the trip. I felt frustrated but I kept going.

Finally was the strangest part of all. I was driving a car I knew well, one that I had driven many times to the mountains of the Lake Tahoe Area. I knew EXACTLY how far I could push that gas tank and not run out of gas. I did not think I was even close to that margin of error. Yet bizarrely I ran out of gas on the Grapevine. I sat on the side of the road and had to wait a long time for the tow truck to show up and take me to the next gas station. I felt frustrated and I got about two hours of sleep that night, but I kept going.

So I didn’t listen, ignored all the signs, and I moved forward with the procedure the following week. A few days later I suffered massive complications of the procedure, was admitted to a hospital for a week, and almost died four different ways (you can read more about my near-death experience here).

Back then I didn’t understand that God is always talking to us. And if we listen, our lives will get a whole lot easier. I wonder if Mark Manson is listening to God.

After my near-death experience, I learned how to listen. I adopted a daily meditation practice, learned EFT tapping and non-violent communication, and began studying A Course in Miracles. Over time, I learned how to interpret gentle messages from God so that I would not again find myself flat on my ass in a hospital bed barely able to breathe, vomiting and drowning in my own fluids.

You see, God whispers at first. And if we listen, He doesn’t have to repeat Himself. When we don’t listen, that’s when we end up with major problems in our lives like chronic pain (which I had) and other major hassles.

I learned that God is actually trying to help me all the time. So as I told my customers in one of my EFT tapping videos (Increase Your Intuition) … a locked gate saved my laptop one time because it seemed like an “obstacle” but reminded me that I had left my computer at a restaurant. Because of the locked gate, I ran back and retrieved the computer before it was gone.

Recently when I was in Bali, God started banging me over the head with messages. Rather than continue to ignore the messages, I ditched my plans and then doors started opening left and right. And the message was to go and see Mark Manson. To make sure Mark Manson could not avoid me any longer.

I also pay attention when really “negative” or “annoying” people show up in my life. They always have a message for me. They show me where I am still failing to love myself or other people. Everyone is a messenger. Often they mirror back to me behaviors I have been engaging in that are … unpleasant to say the least.

I have written extensively about what happened with Mark and me five years ago. Mark defrauded me out of sex. For months, he acted as if he was interested in a long-term relationship with me. Yes, we planned an entire life together. He said things like “this feels so right, I’m not going to fight it.” I still have all of our correspondence, and when I said we ought to publish it so the public could decide whether they thought how he treated me was right … he threatened to sue me. Of course he does not want our correspondence revealed because it would show the public exactly what I’ve said for years now: Mark Manson defrauded me out of sex.

And when he “changed his mind” and reneged on all of the things he had told me … I did what most people would do when they have been defrauded. I called him on it and asked him to make it right.

Mark Manson’s response – which felt absolutely horrifying to me after his months and months of building trust and intimacy with me – was that I should just suck it up and move on, I had been “promised nothing.” Mark Manson went from the sweetest man I had ever been involved with to a complete asshole, with no warning and literally overnight. After that, no matter what I did to try to be heard in the matter, his response was avoidance, denial, and some of the harshest emails I have ever received from anyone. All for calling him out on his lies and baloney. I have never felt so betrayed in my entire life as I did by Mark Manson’s fraud. Ever.

But you see … God doesn’t tolerate this sort of thing. And no matter how far Mark Manson runs around the world to try to get away from being accountable in this situation … The simple fact is that God is everywhere. And if you try to block out the feedback, God’s voice gets louder and louder.

So here are three sure signs that God thinks you’re an asshole, Mark Manson:

1. Your ATM card gets caught up in an ATM fraud scheme and $4000 is stolen from you.

Yep, this happened to Mark Manson earlier this year. Notice the common theme of … FRAUD? Right. The key of neutralizing bad karma like the karma Mark got from screwing me over is that you must give empathy. If you say to the person you defrauded “you were promised nothing” when that is a load of horse shit and you know it … well, God doesn’t like that very much. Then if you continue to live in denial and move around the world for the next four years while either ignoring or attacking the person to whom you need to make amends … well, then God makes sure your ATM card goes in the wrong machine. This is your first clue, friend, that God thinks you’re an asshole.

Yep, this happened to Mark Manson in August. He spent $2000 on a plane ticket and they wouldn’t let him on the plane. He wants to blame the ticket company or the airline, but they are not the culprits. God is talking to you, Mark Manson. Remember how I wasn’t supposed to go to that medical procedure? Well, you’re not supposed to be living in denial in that monogamous special relationship. God tried to keep you from going on the trip, but you didn’t listen. So He is throwing up roadblocks so you’ll take your head out of your ass. The fraud theme is just another reminder of the issues you haven’t faced with your ex. And until you face the issues with me, I can pretty much guarantee you that God’s Voice is going to get louder and louder and louder.

3. Not only do they not let you get on the plane, they also won’t give you a refund.

Yep, this is the #3 sure sign that God thinks you’re an asshole. Amazing that Mark Manson is steaming mad that these two companies defrauded him and then gave him the runaround for a couple months. Ummm, look in the mirror Mark Manson … what exactly did you do with me for the past FIVE YEARS? You are the king of evasion and excuses. You take no responsibility and are not accountable for your word, and when called out on your bullshit, you become hostile and destructive. You even blacklisted me from an organization that I have every right to be part of … So God says, “ummm … Mark Manson, you are acting like an asshole, when are you going to wake up and smell the coffee?” And you fritter time away for two months or more on a ridiculous dispute that should have been resolved in five minutes at most. Because God says, This guy doesn’t get it. And we’re going to keep giving him shit for breakfast until he does get it.

The question we all have to ask ourselves when a lot of this sort of thing is happening in our lives is – what is the message? exactly how long are we going to wait to connect the dots? Exactly how much longer are we going to have our head in our proverbial ass before we say “hey, I really fucked her over and I better make this right” …

Consider this a public service announcement. I know some will think I got too personal, but see here’s the thing – God is everywhere. And God speaks through me also. What you did, Mark Manson, was not okay. The not-okayness of what you did has now been compounded by nearly five years of denial and abusive behavior. It’s time to face me and yourself and get this resolved. And I bet I won’t have to lift another finger.

Because God is handling this one, and it looks like He is doing a pretty solid job of it.

← Tirta Empul Holy Water Temple in Ubud, Bali ← 10 Days of Silent Meditation
We use cookies on this website. By continuing to use this site, you are consenting to cookies. We do not sell user or customer information, ever.Ok