Facing the Fear of Being Alone

Becoming Fearless Day #8 – Learning to Embrace Solitude and Being Alone 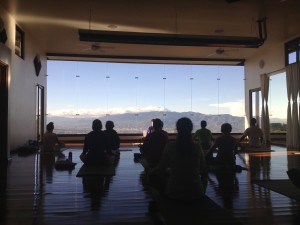 How desperately do you avoid being alone? For many people, this is one of their greatest fears.

Do you know why people are so afraid of being alone? They are not actually afraid of being alone. They are afraid of the FEELINGS that begin to arise in them when they are alone. For much of my life, I avoided those feelings just like most people do, either with activities, or socializing, or intellectualizing. My favorite “escape” as a little girl was reading books.

Costa Rica just may do the “impossible,” which is turn me into a “morning person.” Nobody here seems to understand the concept of “blackout curtains,” lol, and I awoke this morning at 6 am to the brightest imaginable light and a cacophony of jungle birds and insects and our resident rooster crowing. Lol :)

Because I am so practiced at tuning in to my body and my feelings, I noticed immediately how uncomfortable I felt in my body upon waking. All sorts of mixed feelings – probably stirred up by the massage and healing sessions yesterday – were surfacing. Earlier in my life, I probably would not have noticed this consciously. I would have unconsciously wanted to get away from the feelings as quickly as possible, and I would have taken steps immediately to avoid the feelings with some kind of dissociative activity.

Instead, I headed for the yoga studio here at Pura Vida Spa in Costa Rica. It’s a beautiful yoga studio here, overlooking a panoramic view of San Jose, Costa Rica, and the surrounding valley. Why did I head to yoga? Because yoga helps us get even MORE present and in touch with the uncomfortable feelings. If you practice yin yoga as I do at home, you stay in poses for four to six minutes at a time, and it gets VERY uncomfortable. These are opportunities to bring to the surface whatever in your life needs to be cleared and let go. 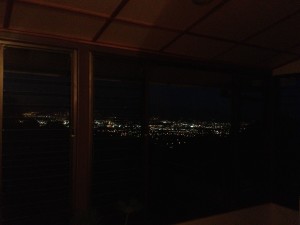 As I mentioned in a previous article, one of the answers to the fear of traveling alone is to meet new people. For the past couple of days, though, I have not felt social. I have felt very inwardly focused. And indeed, if I were socializing frenetically during the entire trip, I would probably just be avoiding something. Many “hyper social” people are doing just that. Watch how difficult it is for them to be alone or still. They can’t do it because they are avoiding their feelings. And eventually this avoidance becomes exhausting and leads to all kinds of dysfunctional and addictive patterns.

Learn to embrace being alone. Paradoxically, it will make you more fearless socially because you do not “need” other people, and therefore you will not be “needy.” When you can take it or leave it socially, it actually makes you MORE magnetic. And as I’ve discovered during this trip … I did not lose any of my magnetism by spending the past couple of years mostly in solitude. I’ve still got it. I can turn it on and off at will. But if anything it’s stronger than it was a couple of years ago :) That’s a testament to the power of my system of Holistic Belief Reprogramming. The more fear you clear out of your energy system, the more magnetic you will become.

30 powerful EFT tapping videos for releasing every kind of fear, including social fears, physical fears, sexual fears, fears of being vulnerable, and the list goes on and on … :)

← Becoming Fearless Underwater ← Becoming Fearless: Facing Theft and Fear of Vulnerability
We use cookies on this website. By continuing to use this site, you are consenting to cookies. We do not sell user or customer information, ever.Ok