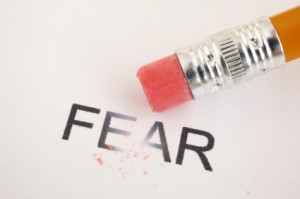 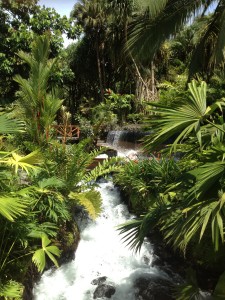 What would you do if you were traveling abroad and ALL your money were stolen?

Today on this travel blog we address an issue that strikes fear in the hearts of most travelers and will ultimately be faced one way or another by pretty much every travel blogger, digital nomad, or location-independent entrepreneur. Theft and fear of vulnerability. Fear of trusting other people. Fear of trusting yourself to handle things well in a difficult and uncomfortable situation. And yet it is these “on the edge” experiences that give us the confidence we need to become truly free, to unplug from the rat race and live the location-independent life we always imagined.

We are becoming fearless. And world travel is helping us become fearless.

Well, many people would panic. Some people would let it ruin the trip. And the fact is, if you are truly committed to being a travel blogger, digital nomad, or location-independent entrepreneur … sometimes the unexpected is going to happen. So either we are going to become fearless or we are going to go home and play small and safe again … those really are the only two choices :)

It is my strongest recommendation that you adopt an entirely new mindset for this sort of situation. Let me explain how we are becoming fearless even as the ground beneath our feet appears to be crumbling.

My first night here at the magnificent Tabacon Grand Spa Thermal Resort in Costa Rica was totally uneventful. One of the purposes of my trip to Costa Rica is to sample a wide range of healing treatments and bodywork because they are important complements to my system of Holistic Belief Reprogramming. So I was intending a few uneventful, relaxing, and educational days at the world class spa here.

Which is exactly how things began … until I spent the afternoon bathing in the gorgeous natural thermal jacuzzi … only to return to my locker to find it unlocked (I had checked the lock several times before leaving the room), with all of my cash at least $620 USD … gone without a trace. Did I leave a cash reserve in my hotel room? No, I did not. Honestly, I did not expect my locker to be rifled at a world class resort. And there’s our key idea for today – I was TRUSTING. I was vulnerable. I was open. 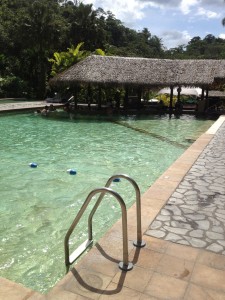 So all my cash is gone and I’m alone in the middle of Costa Rica where I do not know ANYONE … Now what do I do?

This is where all this inner game work and grounding into A Course in Miracles really comes in handy, my friends. Yes, the lightning shock of fear flashed through my body, but it did not control me. The very first thought that came into my mind when I saw that my purse was unzipped and the cash was gone was: This must be happening for a reason. God goes with me wherever I go.

During the next about 90 minutes, I remained surprisingly calm. I did not get angry. I did not raise my voice. The manager Monica was very professional and caring. I carefully explained to her the details of my day and my certainty that one of her employees knows how to open the lockers. We retraced my steps throughout the spa, and it was clear to me that she was as shocked as I was about the day’s events.

And I grounded myself in the commitment that this unfairness would be remedied. “Let me recognize this problem has been solved.” Using my non-violent communication skills, I looked for the win/win. I explained to her that I had planned to spend at least that much money ($620) at the spa over the next few days. And I requested a spa credit in the amount which was stolen. She agreed. Problem solved.

Many people bitch about credit cards but I gotta tell you, I love my credit cards. All my cash was gone, but the room had been booked on my Erika Awakening credit card so that I can charge anything and everything to the room. The manager of the spa offered to help me get cash — which requires either a cash advance at 10% fee or going into town when I don’t have a car — but I have decided I like not having cash. I’m going to carry as little cash as possible for the rest of the trip. Why do I need cash when I have credit cards that link me into a worldwide network of financial abundance and flexibility?

After we sorted out this little “situation,” I went to the pool bar to get some food. There was a man at the bar, and we began to talk for a few minutes. He took my business card to check out my blog, and I told him what had happened with my cash. He was on his way out, and after he said goodbye, I saw him stop and talk to the bartender before he left. When I went to pay my check, the bartender told me that the man had paid it for me. It was a small money miracle but a much appreciated one at this moment of shock and unsettling. What a gentleman! There are angels everywhere :)

After falling asleep that night, I woke in the wee hours of the morning with a lot of fear triggered inside me. This may seem “bad” and “uncomfortable” but really this is what we want – we want all the fear that is repressed to come to the surface so that we can clear it. And these seemingly “unfortunate” situations give us the opportunity to do just that.

I realized in the middle of the night that the theft was not just about theft. It was about vulnerability and trust. I noticed after the theft happened that I wanted to go straight back to my comfort zone. I had been talking Spanish with people all day, and I reverted to English after the theft. Part of me did not want to return to the spa and face the feelings that had been triggered. Part of me wanted to start constricting the activities I would participate in on this trip, for fear of this happening again and worse next time. I noticed all these tendencies to react to my fear, and I included them in Days 13 and 14 of the Becoming Fearless Challenge, which I recorded this morning. 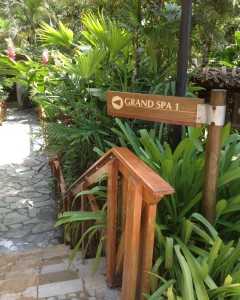 Day 13 is an EFT tapping video for letting go of the fear of being vulnerable in situations like this.

And Day 14 is an EFT tapping video extending the same concerns to fear of being sexually vulnerable. Because really it’s the same thing. Put your things in a locker and expect them to be safe. Deeply invest in a partner who makes a lot of promises and representations to you, and expect to be treated with care and love. When the trust is violated, it is very very tempting to give in to the fear and start living a smaller and much-too-careful life. (You can get both EFT tapping videos as part of the 30-Day Becoming Fearless Challenge.)

Erika Awakening Note August 2014: Something I never revealed when this article was written. When I was recording these EFT tapping videos in Costa Rica, I realized the theft was just the same to me emotionally as when my ex severely broke my trust back in 2009. The feeling of being totally violated was the same. And here’s the weirdest thing … After I recorded videos #13 and #14, my ex contacted me out of the blue. It felt really eerie. Anyway I digress …

So the fear has got to go. We are becoming fearless and learning how to stand up for ourselves in any and every situation. And that is how you can turn even the most seemingly “unfortunate” circumstances into miracles. Word to the wise.

We recorded an ultra-powerful 30-Day Becoming Fearless Challenge during this phenomenal trip to Costa Rica. This series of 30 EFT tapping videos is a MUST-HAVE for any aspiring location-independent entrepreneur. Get it here:

← Facing the Fear of Being Alone ← Becoming Fearless in Costa Rica: Personal Development Transformation
We use cookies on this website. By continuing to use this site, you are consenting to cookies. We do not sell user or customer information, ever.Ok