by Erika Awakening | Jan 12, 2009 | How to Attract Women, Relationships and Sexuality | 8 comments

How to Attract Women – Real-Life Experiences with Hypnotica 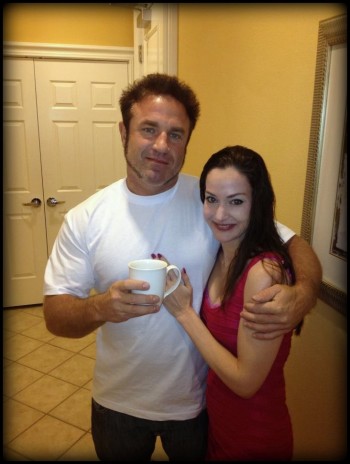 Over the past weekend, as many of you know, I was in Las Vegas for Johnny Soporno’s bootcamp. We had so much fun!!! I also was delighted to have the opportunity to sit in on the final day of Sinn’s bootcamp. And there will be many stories and entertaining blog entries here this week, as soon as I have some time to write them up.

For now, I wanted to share one of the many highlights. My experiences with Hypnotica.

Steve Piccus and Hypnotica were guest speakers at Johnny’s bootcamp on Friday. I’ll be writing more about their remarkable contributions to the weekend experience later this week. I just wanted to get this down about the amazing power of congruent masculine intention.

But all of a sudden as I’m sitting there, I feel my entire body light up. It felt like I was on fire, with heat and energy and euphoria flowing up and down from head to feet. And then an instant later, Hypnotica turned his head from the guy he had been talking to over to me and made hard eye contact with me. In that moment, I realized it was his intention I was feeling.

He asked me with his eyes, and I nodded, acknowledging the connection that had just been formed. And then he asked me to explain to the audience what had just happened. I told them what I was feeling in my body and how turned on it made me. He asked me, “now if we were able to go somewhere right now, would this get physical?” My unequivocal answer was “Yes.”

I talk a lot about this on my blog, how the guys who are most effective at picking me up often do it without any words at all. I’m already “into them” before they ever open their mouth. These rare guys have cleared the static out of their vibe to such an extent that they can form an intense connection with a woman non-verbally.

Anyway, thus began a connection that is still continuing, right now long distance. When I tune in to his energy, I can still feel him just like I did during the presentation.

This is why I focus so much on inner game issues in this blog. The best routines and pickup lines in the world will not clear out enough static out of a guy’s vibe to give him the intentional power that Hypnotica has harnessed. Whereas my experience suggests that tools like meditation, EFT, and other things I talk about on this blog do have the potential to give a guy access to his pure masculine intent.

More about all this later this week … please stay tuned :-)

← Clarifying Intentions on this Blog – Relationships Are A Two-Way Street ← Johnny Soporno’s Model of Polyamory and Open Relationships
We use cookies on this website. By continuing to use this site, you are consenting to cookies. We do not sell user or customer information, ever.Ok