Getting the Body You Always Wanted

Have You Given Up On Having the Body You Always Wanted? 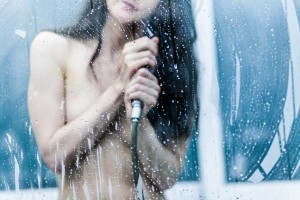 It was some years ago that I gave up on having the body I really wanted. I’m not exactly 21, and when I was 21, I was struggling with my weight. At the worst, I got up to 145 pounds and it felt awful on my five feet five inch frame. After a transformational trip to the Grand Canyon with my dad, I did manage to lose part of that weight and keep it off permanently. I graduated college at about 132 pounds, and graduated law school at about 122 pounds. From there forward, except for a few brief time periods where I got my weight down to 116 pounds, I just could not get down to my goal weight no matter what I did.

Sometimes I was exercising a lot, and sometimes very little. It did not seem to matter. My body just seemed to be “stuck” at a weight that was certainly not fat, yet not where I wanted it to be.

Erika Awakening AFTER the 30-Day Health & Fitness Challenge at http://tapsmarter.com/health

Last summer, I decided to “try one more time.” I joined a local gym and invested a good sum of money in private Pilates sessions. I walked several miles to and from the sessions up and down the hills of San Francisco, was also doing yoga, and expected to see some results. Yet by the end of the package, my weight had gone up a bit and I was at my high end of around 123 pounds. And as far as I could tell, my muscle tone had not changed for the better at all. I was still grateful for the body awareness gained from Pilates and yoga, because body awareness is essential to my Holistic Belief Reprogramming system. Yet, to be honest, I was disappointed with the results after investing so much time and money.

I was feeling very resigned to having a less-than-what-I-really-want body forever. 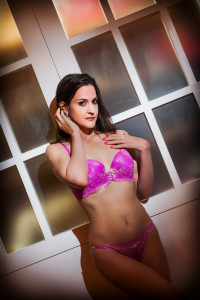 Early in 2013, my external obliques appeared for the first time in my entire life. The muscle tone seemed to develop out of nowhere.

It was soon after that I had the idea to record the 30-Day Health & Fitness Challenge. For those who are not familiar with my 30-Day Challenges, basically I choose a topic that I know will help a lot of people. Health and fitness certainly satisfies that criterion. And then I record 30 powerful EFT tapping videos that will address as many of the “common major issues” that block people from getting what they want in this area. Although I had pretty much given up on ever losing those “last few extra pounds,” I knew I would have customers who wanted to lose weight. So I included several “weight loss” videos in the 30-Day Health & Fitness Challenge.

In the wake of recording 30-Day Challenges, typically some “weird” things happen. This Challenge was no exception. Here’s what happened:

1. Out of the blue, my doctor suggested I needed to get a surgery to improve my circulation. Read about all the synchronicity that was involved here.

2. My cat got sick, and we went through an intense healing phase, which simultaneously healed him and me.

Here you can really see my external obliques. They were never visible before in my life, as far as I can remember.

3. A couple of months later, when I had forgotten all about the weight loss videos in the 30-Day Health & Fitness Challenge, my weight started dropping. I was not on a diet and was not actively trying to lose weight.

4. A couple of months after that, my weight dropped another couple of pounds without being on a diet of any kind. And, oddly, my muscle tone seemed to improve almost overnight – despite the fact that at that time I was NOT doing my Pilates sessions and yoga.

5. A little more than a month after that, around late February of 2013, I returned to San Francisco and hired the same Pilates teacher that I had worked with in the summer of 2012 to give me private sessions at my home. She remarked that I was “like a completely different person” because my energy levels and strength were so much higher than they had been in the summer of 2012.

The fact that some of the results showed up many months after I recorded the 30-Day Health & Fitness Challenge is not really surprising. This is a very similar situation as what happened when I got my brand new car a while after recording the 30-Day Abundance Challenge (read more about that here). Results are sometimes “delayed” because the Universe knows exactly the right path by which to bring our goal to fruition, and it usually is NOT a linear path.

Anyway, are there still some things I would “enhance” about my body? Yes, of course. I’d love to have bigger breasts for one thing. And I have actually heard that you can enhance breast size with EFT tapping but I have not in any dedicated way attempted to do this. The beauty of my 30-Day Challenges is that the persistence of tapping a full 30 days on just one issue tends to produce significant results. Mostly though, these days, I’m just grateful for how good I am feeling in my body. I love that my energy is high, I feel strong, I feel youthful, and I feel light on my feet. And I love how these photographs from the Costa Rica trip turned out to be so beautiful.

Some people think I “shouldn’t care about the body” because I am teaching a spiritually-based healing system. Those people don’t understand Holistic Belief Reprogramming. When aligned spirituality is truly grounded, everything physical is transformed. That is how we create Heaven on Earth.

← We Are All Human Angels ← Too Much Pressure in Dating and Relationships
We use cookies on this website. By continuing to use this site, you are consenting to cookies. We do not sell user or customer information, ever.Ok