The Key to World Peace: Dismantling the Oedipal Complex 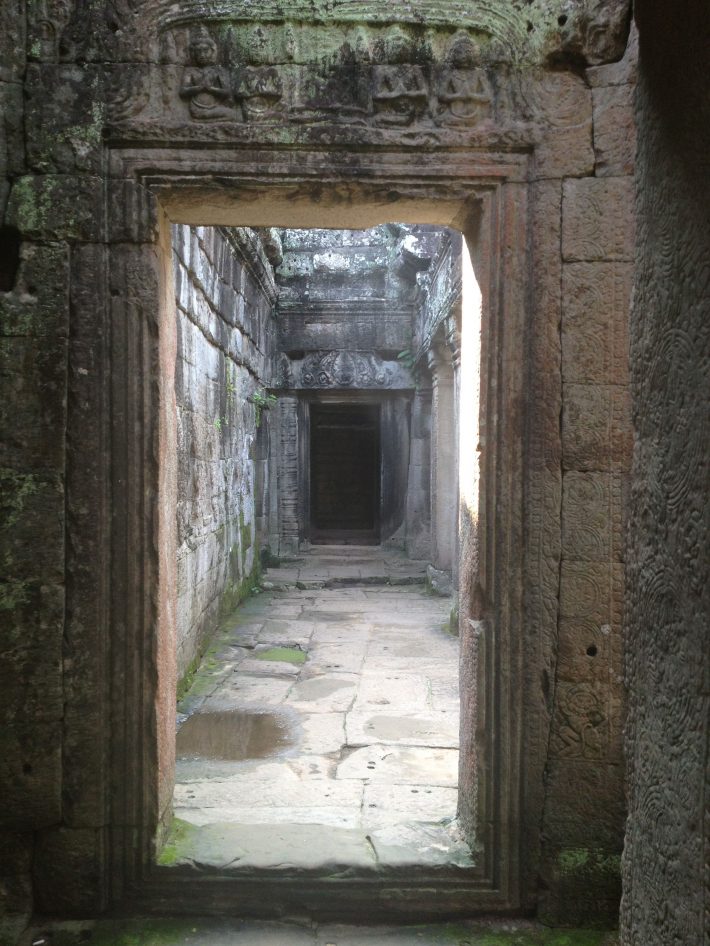 The End of “Special” Love is the Beginning of Salvation

Simplify Your Life in 30 Days with EFT TappingSome will think this post too bold. “THE key to world peace?” they will scoff … Surely you don’t believe after thousands of years of human history, that the answer could be this simple. So all I ask today is that you read with an open mind. A mind open to the possibility that yes, it really is this simple …

The key to world peace is dismantling the Oedipal Complex. That’s it. Simple.

What is the Oedipal Complex? For those who haven’t studied Freud, Wikipedia provides this explanation:

“In psychoanalytic theory, the term Oedipus complex denotes the emotions and ideas that the mind keeps in the unconscious, via dynamic repression, that concentrates upon a child’s desire to sexually possess the parent of the opposite sex (e.g. males attracted to their mothers, whereas females are attracted to their fathers).”

The Oedipus desire is actually murderous. Out of jealousy for what his father possesses that he the son is forbidden to possess … the son seeks to kill the father in order to possess the mother, and in the book that is exactly what happens. It happens unconsciously, because at the level of conscious awareness Oedipus does not realize he is killing his own father.

To understand why the Oedipal complex (or Oedipus complex as it is also called) is the key to world peace, however, we must go another step back in examining the foundation of this thought system.

For the murderous desire to possess what one does not have could never have arisen in the first place if one had not been banned from having it. (This is basically the theory behind legalizing drugs – the idea that what has been forbidden has far more negative power than what is allowed.) And what banned the son from sharing the mother with his father? Putting the “incest taboo” to the side for a moment (as it’s just a construct of the ego created to perpetuate the thought system we are exploring now) … what forbade the son from sharing the mother was the “special relationship.”

The “special relationship” is the idea that love is a “special” and “exclusive” thing to be shared by two people alone and excluding everyone else.

As children, we are most of us born into a family of special relationships. First and foremost, the “special love” of the mother and father excludes us from birth. Most of us were put in cribs in separate rooms from our parents. Social conventions ban the sharing of most physical intimacy with children, shroud sex under a mantle of shame and separation, and in general foster a sense of deep sorrow, alienation, and separation in children from birth.

Excluded from love in these ways, children then spend decades attempting to “compensate” for the deprivation of love that they experienced in the context of the special relationship of their parents (or whatever parental “stand-ins” may have been present).

Some compensate with achievement and external approval. Some compensate by attempting to create “special relationships” of their own. Yet underneath all this striving and seeking is the fundamental core exclusion from love that defines the Oedipal complex. People fight over what are perceived as “scarce” resources all based on the archetype of the scarce resource of love born in the special relationship.

You think you’re upset about a war in Syria or Bosnia or Vietnam? No. Those are only the symptoms. People grasp for what they think they don’t have because as long as the special relationship exists, there will be borders to fight over and a sense of lack so deep that men are driven to madness to overcome it.

Meanwhile, the “special relationship” is celebrated as the “pinnacle” of personal and social achievement. And each time a man and woman marry, “forsaking all others” in a monogamous relationship, then to have children … they begin the whole cycle of deprivation and alienation all over again … Nobody ever feels satisfied, and the hamster wheel runs and runs and runs … always leading to one place and one place only: DEATH.

We know that special relationships are not love by the way that they react when “threat” is perceived. I experienced that first hand on this journey to Southeast Asia. When love was extended to the special relationship for sharing, the special relationship had to defend itself. It ran away. It refused to share anything. It attacked. That is not love. It is hate. And no amount of “cutesy” pictures on Facebook will ever turn it into anything else. If those two people continue on the path they are on, they are both doomed.

“The greatest demonstration of power and security is to actually make oneself defenseless.” – Mark Manson

Interesting that Mark Manson is not practicing at all what he preaches in his totally defended special relationship … The Son of Man has yet to be transformed into the Son of God, which is his destiny.

We may need to write much more about this before it is understood. This is just a beginning.

“God still is Love, and this is not His Will.”

“I will forgive, and this will disappear.”

← Why You Are Not Happy (And What to Do About It) ← How to Deal with Negative People
We use cookies on this website. By continuing to use this site, you are consenting to cookies. We do not sell user or customer information, ever.Ok