The Idiot’s Guide to Finding Money for Transformational Coaching 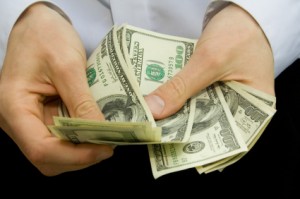 So You Think You “Can’t Afford” Good Coaching? Try These Seven Easy Tips for Finding Money for Transformational Coaching Where You Thought There Wasn’t Enough

So I’m up here at my house in the Lake Tahoe area for two months. Ahhhhhhh, the sweet freedom of being a location-independent entrepreneur (learn more about that here). I came up here to record EFT tapping videos where it’s nice and quiet with no distractions. And as sometimes happens, I found that the winter high-season renters had left a lot of deep cleaning and repairs for me to do. Which I don’t mind so much anymore. My coaching method Holistic Belief Reprogramming has so clarified my mind that I simply cannot tolerate messiness and brokenness in my environment, and cleaning has become a form of meditation. But I digress … :)

So let’s focus on finding money for transformational coaching here. For a variety of reasons, there is a three to four-month gap this year between the winter high-season rentals and the summer high-season rentals. I have cable television hooked up here ONLY for the renters. I never watch television at all. Normally I don’t fuss with it but I decided to cancel the cable television for the three to four months that nobody is going to be using it … Well, I was a little shocked. My bill is going down by $75 per month. And when I took out a calculator, I realized that cable television is costing me $900 per year !!!

This got me thinking. Here are all these people who desperately NEED transformational coaching, whether it be through my EFT tapping video products or private sessions. Yet some will always claim they “can’t afford” it. But how many people are paying $75 per month for cable television? A LOT. Here’s $900 per year sitting on the table if you are willing to give up just ONE of your addictions in favor of making your life better. Wow. Mind-blowing.

So then I started thinking, what other ADDICTIONS could people give up which would free up their time, money, and energy for what really matters in life … which is investing in yourself and creating a life you really want to live instead of a life you’re just settling for … so here we go …

The Idiot’s Guide to Finding Money for Transformational Coaching:

1. Disconnect your cable television ($900/year). As we just talked about, you could free up as much as $900 per year … maybe more in some areas or if you are subscribed to premium services. Think of all the time you’ll also free up for investing in your personal growth. Wowzers.

2. Cancel the Netflix subscription ($96/year). Okay so the money here is not as high but still $8 times 12 months equals almost $100 per year. And let’s face it most of those TV shows and movies really aren’t worth your time. It’s the time you’re really going to free up by canceling this. What matters more – keeping the status quo in your life and being mildly entertained, or having enough time free to learn some new skills and – for example – become a successful location-independent entrepreneur? As a former Netflix addict, I made this choice myself years ago and canceled the Netflix. 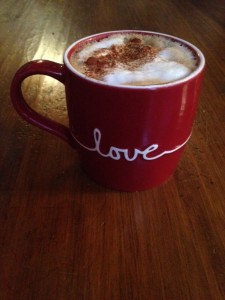 3. Make coffee at home instead of buying Starbucks (approx $1000/year). If you get a $4 coffee drink and/or snack every day for 365 days, that’s going to cost you a whopping $1460 per year. At one time in my life, I did this almost every day. Then I learned. Get a high-quality cappuccino maker on Amazon for about $400 and make it at home. The machine will last for years, and you will end up saving probably $1000 per year over the course of several years. Or give up caffeine altogether, but I’m not that extreme :) This is one of the machines I’ve used for years and like a lot:

4. Give up cigarettes ($1825/year). You know you want to give them up anyway, they are disgusting and really bad for you. :) But sometimes we need stronger medicine than just knowing what is good for us. A pack-a-day cigarette habit depending where you live could be costing you at least $5 per day, for a grand total of $1825 per year. If you live in New York City, it’ll be more like $5110 per year. Holy smokes, my friends. That’s a heck of a lot of money for transformational coaching.

5. Cut down on alcohol ($2555/year). If you can’t cut back on alcohol, then there is a problem and probably it’s time to go cold turkey. Hey, I like my vino, but boy after all this transformation does alcohol not have the pull for me that it once did. Sometimes I even go a couple weeks without drinking at all, which did not used to happen. With the cost of drinks at bars, if you cut out even just one drink a day at an average of $7/day including tips and so forth, you are going to save $2,555 per year. That will buy you three of my famous 30-Day Challenges. That is a lot of transformation, my friends, for just a very small shift in your lifestyle.

6. Reduce eating at restaurants ($2600/year). This is another area where I used to spend lots of money. Eating out all the time. Now that I’m organic vegan, it’s not as easy to eat out. So I got used to eating at home. And guess what? Over time, you save money. Probably at least $50 per week. And that adds up to … $2,600 at the end of the year. For that amount of money, you could be SAILING in your personal transformation with my How to Attract Money with EFT Tapping, my 30-Day Personal Power Challenge, my 30-Day Releasing Anger Challenge (which will help greatly with letting go of addictions), and almost half of my 30-Day Financial & Lifestyle Freedom Challenge covered as well.  Just for eating a few more meals at home. With a little practice, home-cooking is much healthier also and you’ll be surprised how much better you feel :) 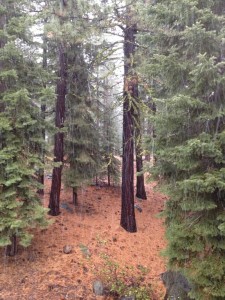 7. Reduce automobile usage ($2900/year). The irony is that reducing automobile usage is going to be easier for you to do AFTER you have transformational coaching with me. A lot of my clients end up quitting or “losing” their jobs and choosing options they like better. For example, you can become a location-independent entrepreneur like me with an internet-based business. Well, guess what happened when I quit my job three years ago? My automobile mileage dropped from a whopping average of around 12,000 per year (typical for Americans) to a mere 2500 per year. That’s 9500 miles less per year. And guess what happens? 9500 saved miles at 20 miles per gallon = 475 gallons of gas. At a gas price of $4 per gallon that I often see these days, that is a savings of $1900 per year right there! But that’s not all. You’re now going to have fewer car costs of every kind. Fewer tolls, fewer maintenance costs, fewer accidents, much longer period of time on one set of tires. Let’s ballpark that savings at an additional $1000 per year. Right there we’ve got you almost $3000 of savings.  And that can get you some powerful transformational coaching.

(By the way, that doesn’t even take into consideration the reduced wear and tear on your car.  The more miles we drive every year, the faster our automobiles lose their value.  Now instead of lasting, say, five years, your car might last 20 years or be much easier to resell at a good price … Depending on what kind of car you have, this could be thousands more dollars per year of savings.)

Bonus Tip: Cut back on eating. For those who are overweight, it’s simple math. If you are eating twice as many calories to feed a bigger body, the food bill is going to be twice as high. Another very large potential savings here, depending on whether you need to lose weight anyway. I don’t need to lose weight anymore thanks to the 30-Day Health & Fitness Challenge so I won’t assign a monetary value to this one. But if it applies to you, it could save you thousands of dollars per year.

So you see, these are just a few of the easy ways you can save a lot of money on a daily basis. If you applied all seven of these tips, you could save almost $12,000 per year. And really that’s just the beginning, because there are hundreds of other ways we can simplify our lives so that our money can go to what is really important instead of feeding our mindless addictions.

Now if you think giving up addictions is hard, well for many people it IS hard … and that’s why it is even MORE important that we stop feeding our addictions and start investing in getting ourselves set free from addictions. And that is where my coaching method Holistic Belief Reprogramming is simply priceless. I will teach you NEW and powerful skills for dealing with those uncomfortable emotions that send us running back to our addictions. So you won’t need the addictions anymore. And I promise you, you will be SO MUCH HAPPIER without the addictions.

So that’s it in a nutshell:  Save $12,000 a year and invest in some amazing transformational coaching with our life-changing 30-Day Challenges for Emotional Release with EFT Tapping and ultra-powerful private coaching sessions.  You will not regret it.

p.s. If you’d like to work with me to find a way to afford my EFT tapping video programs or private coaching services, you can email me at Erika @ ErikaAwakening.com.

← The Keys to Understanding the Universe, Part 1 ← Debunking 7 Myths About Making A Six-Figure Income Online: Yaro Starak Interview
We use cookies on this website. By continuing to use this site, you are consenting to cookies. We do not sell user or customer information, ever.Ok