Getting Off the Hamster Wheel

Detaching from the External World 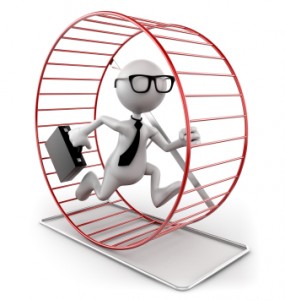 Have you ever found yourself years into chasing something before you realized whatever it was you were chasing was worthless? That’s how I ultimately felt about my successes in the material world. Maybe it starts out fun but ultimately it turns into an endless hamster wheel. And the deadliest hamster wheels of all are the ones at which you are most successful. Because those become the most addictive.

Most of my years of academic and work success were a hamster wheel. There was a brief enjoyable reprieve in college. Following intuition and indulging my deeply unconventional tendencies, I managed to set up my life with as much freedom as possible. Freedom to sleep in most mornings, freedom to take classes that were actually interesting to me, freedom to work at a nice restaurant several nights a week so I had cash, and freedom to party a lot. I set up my class schedule so most of my study time was reading literature and philosophy and writing papers. I gravitated toward classes in Anarchism, Postmodernism, and other areas that were all about questioning the structures of modern day society. And that’s what I wrote my papers about, too. It’s no wonder I actually enjoyed it.

Then I went to law school, and the prison doors gradually started to close in on me. First, there was the running on the hamster wheel of excelling at law school, which I did. I got the “honor” of being on Law Review only to learn that it’s mostly an exercise in overwhelming drudgery. Before I knew it, I was deeply in debt and of course the “best” way to pay that off was to work at a law firm. Where I found myself on an endless hamster wheel of billable hours. 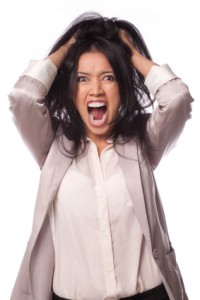 One of the law partners was fond of saying, “Being partner at a law firm is like winning a pie-eating contest and having the prize turn out to be more pie.” It has not been lost on me that having a really popular blog could end up being the same thing. Do I really want any more people emailing me with random requests for advice than already are? Do I really want to handle hundreds of blog comments every day? Do I really want to have to hire a personal assistant to handle my email? And consistently, if I’m honest, the answer has been “no.”

It’s not always easy to market my system of Holistic Belief Reprogramming because marketing is so much about the hamster wheel. If you are aware, you will notice that just about every advertisement in existence is an invitation to jump on a hamster wheel. Want to make more money? Want more web traffic? And the challenge of marketing Holistic Belief Reprogramming is reaching people through what they perceive as their “needs,” while the truth of what HBR accomplishes is to get you out of the trap of needs.

The hamster wheel always starts out with something either that you are lacking and must chase. Or something that is driving you with the threat of punishment and failure. Either way, you are not the one in power. In high school, there was the hamster wheel of waking up at 5:30 am in the dark and cold every morning because of the “compulsion” and threat of punishment and failure. During a certain period in my dating life, there was the hamster wheel of finding a man who could “compensate” for my lacks. Thus, ending up in the “sugar daddy” relationship.

When people value sex, they tend to get on an addictive hamster wheel with it. It’s never really just satisfying. They have to have more, just like eating food. Or they need it to be different and more exciting. Or they are doing it out of guilt and it has become a “marital obligation.” Or they are doing it for approval to prove to themselves that they are “attractive.” If you pay attention, you will notice that all bodily “needs” create “pressure” (hunger, needing to go to the bathroom) that is a constant hamster wheel. And sex is no exception.

What is truly lacking in all of this is the one thing that everyone actually wants but don’t know they want: PEACE. Peace is never found on a hamster wheel.

So how does my coaching system approach all this? Well, the system in many ways is more advanced than I am. So I may even start out recording a product, like Tap for $1 Million for example, with a specific financial goal. But what has actually happened in my life? Holistic Belief Reprogramming has been jettisoning my goals and getting me off hamster wheels. That’s why I say the system is more advanced than I am. 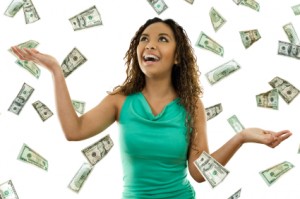 1. The time periods where there is actual pressure for me to make money are getting fewer and farther between. Against all conventional wisdom, what I used my money for was to pay off all my debts, including my mortgage. Investment advisors would be aghast at these choices. But the truth is, without debt and without money in the stock market, I have a lot more peace. And somehow when I have a bill coming due, the money always shows up. So my How to Attract Money with EFT Tapping, more than anything else, have gotten me off the hamster wheel.

2. Less and less need for food. Not only did I become a vegetarian, I have also found that my desire and need for food has become minimal. You will notice that much of people’s daily lives is a food-and-drink hamster wheel. It’s a relief to be less and less a slave to bodily needs.

4. Sex is not a “need.” I find myself less and less attracted to physical intimacy. Again, many “experts” would be aghast at this. But if I’m really honest, sex is another one of these things that never really gave me anything lasting or worthwhile. Is it really any different than any of the other hamster wheels? I don’t particularly think so. And again, not needing it brings a lot of peace. If you pay attention, you will notice that many of the compulsive rituals in our society are built around the idea that sex is worth chasing. It’s not.

5. Having a partner is not a “need.” Yeah, in spite of an entire industry built around the idea that you are somehow “lacking” if you’ve opted out of being in a couple … did being in a couple ever make me truly happy? Nope, because the relationships were all built on this co-dependent “hamster wheel” model that runs the rest of our society. And it takes a HUGE amount of reprogramming to get out of those patterns. The funny thing is … just like all the other “goals” listed here, once you’ve been released from all your perceived lacks and limiting beliefs, you may find you no longer care about the goal.

6. External success is a mirage. There is always something to chase. More blog traffic. More money. A more successful or more beautiful partner. More, more, more … And the problem is that this conflicts with peace.

So when I say that my system of Holistic Belief Reprogramming is more advanced than I am, I say this by looking at the results. I thought I wanted “more” this or more that. And what HBR has mostly given me is LESS. Less being busy, fewer appointments, less financial stress, less stress about health and fitness, less need to work out, less need to market myself … and a lot more free time.

Is that easy to sell? Not always. Most people are like me, they don’t know what they really want. But when they are ready, their intuition usually turns out to be more advanced than they are. And they come find me.

← Too Much Pressure in Dating and Relationships ← Where Are Your Values?
We use cookies on this website. By continuing to use this site, you are consenting to cookies. We do not sell user or customer information, ever.Ok