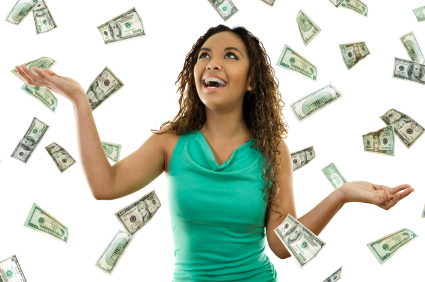 How My Client’s Mentoring Program Paid for Itself

How to Attract Money with EFT Tapping

If you’re like most people, when you consider signing up for an EXPENSIVE coaching program, you have some doubts and fears come to the surface.

“What if it doesn’t work? What if I end up more poor at the end of this coaching program than I was before? I better play it safe. I better not sign up for this program.”

I know. I understand. There is much about real transformation that is a huge LEAP OF FAITH. So today I want to share with you the story of Elaine Enlightening, the first person to sign up for my year-long mentoring program and keep her commitment to that program.

Elaine Enlightening found me in late 2011, when she purchased my How to Attract Money with EFT Tapping. In early 2012, she sent me an email that said in part:

“Hi Erika Awakening, I just finished Day 15 of the How to Attract Money with EFT Tapping. I am so pleased to inform you that I have had more shifts since I started your program than I have had in the past 5 years. I have flown to personal development seminars, camps, had life coaches and millionaire mentors. I have studied many programs and applied many strategies, including meditation. Even though I have been benefited by participating in these endeavors, none have been the cause of so many major shifts as you and your HBR program. I have had clarity about many obstacles and because of you I am now feeling so much lighter and freer in my spirit. Every day I am so excited to do my video with you. …

“Thank you for your beautiful peaceful spirit, your honesty and your uncontrived tapping leadership. I am so looking forward to meeting you, coaching with you and growing with you. You have already affected my life for the better, in a drastic way, at a really challenging time for me. Bless you and Thank You!!”

Elaine and I spent a couple weeks emailing back and forth to agree on the specifics of our mentoring program together. It was a huge leap of faith for her. She had a certain amount of money in the bank, and no other sources of income. She sent me a $50,000 deposit up front, and we agreed on payments of $6000 for one full year after that. She got a bit of a discount for sending wire transfers so the total for her year-long program was just about exactly $120,000 plus add-ons for EFT tapping video programs and in-person retreats.

Elaine carefully calculated the costs of the program versus what she had in the bank, and she shared all this information with me as we went along. We both understood that she would be almost out of money by the time the program ended in April 2013 UNLESS she made money. She was taking money out of a FIXED account so there did not appear to be any upside potential for the money. We both assumed the needed money would come from elsewhere. However, and this is important, from the How to Attract Money with EFT Tapping on, I always teach my clients and customers NOT TO TIE THE HANDS OF THE UNIVERSE. There are infinite ways the Universe can bring your money miracle to you … if you will just stay committed when the ego tries to convince you to quit. 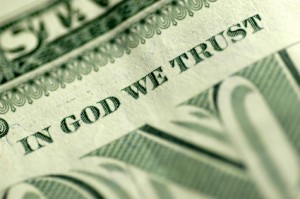 In spite of a lot of fear and resistance that came up at the last minute, Elaine sent me the $56,000 last spring to get started with our program … and we began weekly coaching sessions that would continue throughout the past year.

And let me add, that a lot of coaches would feel “guilty” receiving this money from their client, knowing that the client is spending their money down to the last dregs. I knew that Elaine would only have about $65,000 in the bank by the end of our program unless she made money during our program. I was very conscious of giving her the best possible coaching so that she would not see this decision as a “mistake.” Yet everything felt aligned for this coaching relationship, and I had faith in the Universe to deliver for both of us.

Over the course of our year-long program, we worked through a LOT of issues. Elaine had tons of her own personal development to do during the beginning part of the program. It was not time yet to focus on her coaching business. This was a little “scary” for both of us, because the ego wanted to “worry” about not getting the business going faster. Yet the Guidance was clear. We needed to focus on those issues first, so that she could become the best possible coach to serve her clients. There is no better way for us to become an excellent coach than by clearing our own issues. Once we have cleared them in ourselves, it is far easier to help other people do the same. So we continued moving forward on faith, in spite of not knowing where the money would come from to pay her living expenses when we were done.

I was not at all surprised that resistance and fear began to mount during the second half of our year-long program. The money was not coming in yet, and at the same time, the ego was putting up its best defenses. I do my best to make my coaching programs very difficult to quit in the middle because I have seen clients quit right before I knew they would get a miracle. If only they had hung in there just a little bit longer. To Elaine’s credit, in spite of huge resistance, she just stayed committed. The tension built and built, as we both knew her year was coming to a close and still it felt like there was so much more to be done. It was a huge learning curve to condense into one year what it took me seven years to learn.

And then something began to shift. She started getting small money miracles, which I call “signs of land.” She started getting affiliate leads assigned to her, though there were not any sales at first. And then somewhere around a few weeks ago, something “felt” completely different. Her emails reflected a new person, someone now taking full responsibility, not making excuses and bullshit.

Then I got the news. Elaine’s epic money miracle. Elaine had checked her “fixed” account, the one that we both expected would contain no more than $65,000. And somehow – for reasons nobody can explain – the account instead contained three times that much. Two hundred thousand dollars. She had $135,000 more than she expected to have. And let’s note that the extra amount – $135,000 – is very close to the amount she had invested in her year-long coaching program plus extras. Two hundred thousand dollars, the exact number she had been visualizing but not manifesting for years.

In other words, Elaine made the commitment to Holistic Belief Reprogramming, and somehow against all odds, the Universe picked up the tab for her year of training. If that’s not a money miracle, I don’t know what is :) :) :)

Does it get any better than that? 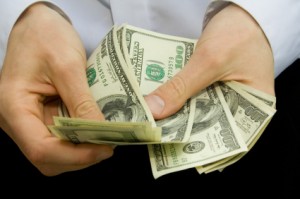 Or you can do what Elaine did … and make a leap of faith.

But when you play big … well, what happened for Elaine just might happen for you also. :)

TO learn more about my Become An HBR Coach Mentoring Program, CLICK HERE.

← Fritz the Cat Miracles of Healing Continue! ← Announcing the 30-Day World Peace Challenge – Welcome to Day One
We use cookies on this website. By continuing to use this site, you are consenting to cookies. We do not sell user or customer information, ever.Ok