From broke and helpless to purposeful and having decent money 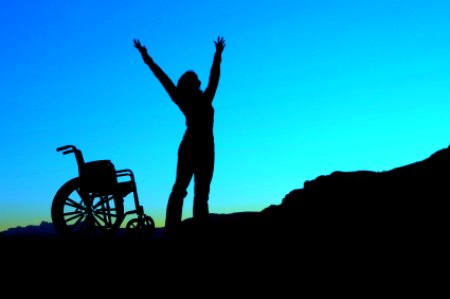 “With God, all things are possible.” What could you accomplish if you stopped pretending to be powerless?

What is the biggest frustration in your life today – have you given up on getting it solved?

For some people, the big problem issue that never gets solved is losing weight. For others, it’s making money. For some, it’s a debilitating health issue.

Pretty much everyone has at least one issue in their lives that leaves them feeling hopeless and powerless.

As different as these issues seem from each other, they really are all the same. And they are all solved the same way. But there is an ESSENTIAL FIRST STEP that separates those who get their problems solved from those who don’t. And that essential first step is taking responsibility.

Many times I have had people come to me, wanting my help, who are pretending to be powerless. The difference between those who turned their life around with my coaching system, and those who didn’t, usually manifested in our very first conversation.

You see, I’m a “tough love” coach for a reason. Because it works. Many people who come to me have never had anyone set good boundaries with them in their entire life. And so out of habit and not knowing any better, more than anything else, those people have attempted to create a “co-dependent” relationship with me. In this co-dependent relationship, I would be their “savior” and solve their problems. And they would continue not taking responsibility.

This, of course, will never work.

Which is why, from the very beginning, no matter how poor and broke someone claims to be … I insist that they invest in themselves and in me. Some of my biggest success stories were customers or clients who “could not afford” my products and services. We set up a payment plan, and lo and behold, they discovered that they are far more powerful financially than they ever realized. I’ve had several customers go from homeless or nearly homeless to financially empowered within a few months of beginning my powerful EFT tapping video programs. In particular, the 30-Day Abundance Challenge and the 30-Day Personal Power Challenge combined together produce big, big results when used with commitment.

So it is with glee that I share with you our latest testimonial from a man we will call Jeremy.

When Jeremy first came to me, he was indeed homeless and living out of his car. He also felt powerless about making more money. But instead of making excuses, he set up a payment plan with me and got my ultra-powerful 30-Day Abundance Challenge. Then he proceeded to use the program with commitment. And now look where he is today:

“The best decision I’ve made in my life was to hire a life coach that’s a ninja with tapping. Erika Awakening has created her own tapping system called Holistic Belief-system Reprogramming (HBR). She uses it exclusively to solve all the problems in her life, everything from performing healing miracles to getting her bills paid. I’ve used what I’ve learned to good effect to bring a total 180 degree change to my life. I’ve gone from being broke, feeling helpless, and living out of my car, to feeling positively sense of purpose, making decent money with a job where I can pick my schedule.”

To read lots more stories about how my clients and customers manifested big money miracles with my EFT tapping video programs and private one-on-one coaching programs, go to our How to Attract Money article here.

If you are ready to get started on the road to empowerment … if you want to go from “broke and helpless” to “purposeful and powerful,” then run … don’t walk … to get these two cutting-edge EFT tapping video programs:

Over and over again, these programs work. I tapped these two video programs again recently and manifested $11K in two weeks with another $5K on its way shortly. All I had to do is put my foot down with myself, stop pretending to be powerless, tap the videos, and then follow the intuitions that arose out of that tapping. I practice this method exactly the same way I teach my customers.

Isn’t today a good day to get YOUR power back?

← The Art of Disappearing Bullies and Nuisances ← Conquer cravings and get the body you always wanted
We use cookies on this website. By continuing to use this site, you are consenting to cookies. We do not sell user or customer information, ever.Ok