PostMasculine on the Hamster Wheel: Why Running from Your Shadow Self Never Works 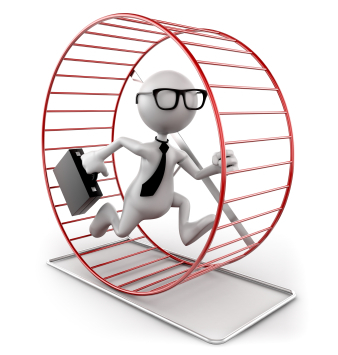 Mark PostMasculine: How much longer can you run from the Truth?

Mark PostMasculine run, run, running away from his Shadow Self

If you missed my previous article, Understanding Your Shadow Self, click here and read that one first. Today we are going to understand the Shadow Self of Mark PostMasculine and why it is keeping him a slave to the hamster wheel.

And it all boils down to his Shadow Self.

Because I represent everything that Mark PostMasculine feels ashamed about. I represent his shame and his totally disowned femininity. I represent all the negative feelings he covers up and wishes he could destroy from himself. I represent the spirituality that he apparently disowned shortly after bedding me under the pretense of being “very spiritual.”

Does it strike anyone else as odd that Mark PostMasculine only has the masculine represented on his site? That he had a blind spot so huge that the postfeminine.com URL was readily available when I asked for divine intervention and God told me to buy it?

Mark PostMasculine HATES the feminine. That is why he did not think to buy the URL. He wants to squash the feminine out of himself and the planet. When I met him, his blog said that he had “declared war on pussy” because he was so angry with women. I thought that war was over when he bedded me under false pretenses. I was wrong. Mark’s “war on pussy” was just beginning, and I was perhaps the biggest casualty of that war.

Mark PostMasculine HATES the feminine. That is why he will not give EFT tapping a good faith try. If he were to tap with experts like me, he would get in touch with all his FEELINGS. Oh, it would be very messy. Probably like me and many of my clients, he would be bawling his eyes out on a regular basis to clear the backlog of shame, grief, and fear that he has been running from his whole life. And despite his claims to be a master of emotions, Mark hates feelings. Feelings make Mark extremely uncomfortable.

Mark PostMasculine HATES the feminine. That is why he runs from the “Motherland.” It’s why he stopped meditating. It’s why he now pretends not to be spiritual and even claims he does not believe in God. Spirituality is the domain of the Feminine.

And because he won’t own the Feminine within himself, he has to avoid it. He cannot avoid it, because it is part of his One Self. And that is how the hamster wheel starts to roll. If you have to run away from something that is literally attached to you, you cannot run fast enough. That’s why you have to visit eighty-some countries in three years. You can’t run fast enough, if you choose to run away from your Shadow Self. This is why people have addictions of all kinds. They are trying to escape from themselves. And such escape being impossible, they resort to running or deadening themselves instead. Which ultimately exhausts them and even kills them. Running away from your Shadow Self is a death wish in the truest sense of the phrase.

What is the answer when the Shadow Self has you on the run and your house of cards is about to collapse?

Face it. Turn around and face it, and the Shadow Self loses ALL of its power. Embrace the Feminine. Love the Feminine. Acknowledge your shame and integrate it. Acknowledge PostFeminine and Erika Awakening as part of your divine One Self. When you do that, the entire nightmare will dissolve into love and light. And you won’t have to run anymore.

I am you, Mark PostMasculine. You are me. Accept this, and you will finally be free.

← Understanding Your Shadow Self ← Why I gave up on sex
We use cookies on this website. By continuing to use this site, you are consenting to cookies. We do not sell user or customer information, ever.Ok