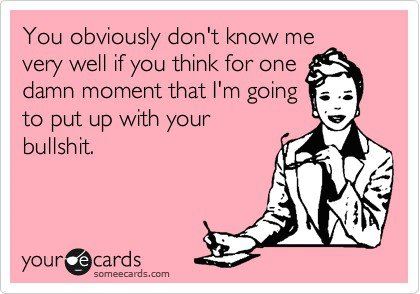 Did you notice that Mark Manson (formerly Postmasculine) had to run away again and change his identity and URL because he won’t face the issue directly? That he had his girlfriend Brazilian Fernanda Neute make her page non-public because he’s terrified of a 110-pound woman being in the same city with him? This passes for courage in this world … this passes for “expert” self-development advice … really it’s shocking …

Please bear in mind that the intention of this article is the healing of the relationship between Mark Manson (formerly PostMasculine) and PostFeminine. Avoidance blocks healing. If you missed the back story about why I am writing this series of articles about my ex Mark PostMasculine, you can catch up on the background here.

In a previous article that generated a lot of commentary, I explained 12 Reasons Why Avoidance (Just Getting Over It and Moving On) Is A Stupid Thing To Do (you can read that article here).

Before we begin today, it’s important to understand that avoidance of healing and the avoidance of God are the same thing. As long as we remain in ego consciousness, the masculine and the feminine will be painfully separate from each other (and this is true even if there is the “appearance of union” through a “special relationship” (which is discussed in more detail below). When we return to God, we get healed. When we are scared of healing, we find ways not to return to God. Unfortunately, these avoidance strategies not only do not solve the problem, they actually make the problem bigger.

We discussed the foreign travel avoidance strategy at length in the original article here. Life doesn’t feel satisfying in America for Mark Manson (formerly PostMasculine)? No problem, move halfway around the world. Keep changing your name and your URL in a feeble attempt to run away from issues you should be facing. The problem with this is that it doesn’t solve anything. Wherever you go, there you are. So all the problems you tried to leave behind, including the ex PostFeminine with whom you still have not made things right, go with you. Problems either get faced directly, exactly where they are right now, or they don’t get solved at all. Foreign travel doesn’t solve anything, and eventually the problems come and bite you in the butt.

Bullshit. This is pure denial. I will offer a plausible explanation for this strange disconnect. When we don’t have a clear conscience, sometimes we avoid God. Because when we meditate, it is impossible to avoid our real issues. So given that PostMasculine‘s conscience is not clear, since he still has not made things right with me, it makes sense that he would avoid meditation and connection with God. This avoidance does not solve the problem. It makes the problem bigger.

I highly recommend meditation every day as a way of connecting with your intuition, facing your problems, and getting your problems solved. I meditate with headphones about eight hours every night while I sleep. It has been one of the most life-changing choices I have ever made.

We all have our ways of escaping. People use all kinds of strategies like sex, television, staying overly busy, getting drunk, and generally refusing to open up the space in our lives to connect quietly with the Divine. When we face our problems, they get solved. When we have a lingering problem that has still not been resolved after more than three years, we know we have been avoiding through escapism.

No more avoidance. I prefer to resolve this issue with Mark PostMasculine directly. At the same time, I have grown very weary of waiting for justice and a fair outcome. So I will do whatever it takes to bring God’s justice to this situation by the fastest means possible.

4. PostMasculine Avoidance Strategy #4 – Denial and Minimizing of Promises that Were Made

If you know anything about contract law, you know that a person need not use the words “I promise” in order to create a contract. I don’t give any legal advice, so please just read this as a metaphor. In general, it is not okay to lead someone to believe you are going to give them something in exchange for their investment unless you actually follow through and give them what you offered.

PostMasculine has for over three years now been minimizing the representations he made to me in order to get sex and emotional investment from me, and I’m not going to put up with this bullshit. It was obvious not only to me but also to many observers that I invested in him emotionally and had sex with him because he was offering me a long-term partnership. Many of the things PostMasculine said to me are in writing and cannot be denied. His conscience is not clear and he has been avoiding for three years because he knows in his heart that he still needs to make this right with me. And I will be standing for justice until justice is delivered.

When you sign up for a mortgage, for example, pretending that you don’t owe the money isn’t going to get you out of the debt. A lot of the people who end up in foreclosure are the ones who were in denial. They put the bills in a drawer and refused to look at them. The payments are still due and owing, and if they continue to deny reality, they have a much bigger problem on their hand and may even lose their home. Putting our head in the sand doesn’t solve anything. Problems must be faced to be solved.

6. PostMasculine Avoidance Strategy #6 – Hide Out in A “Special Relationship”

People often avoid their problems by entering into a monogamous special relationship. This is another way to avoid God and truth and justice. This is just another excuse that does not hold any water. Maybe it looks like a solution for a while, but it is not a solution and does not solve the original problem.

I will be standing for justice until justice is delivered. I ask Archangel Michael to bring swift justice to this situation.

Amazingly, even as we stand here today, Mark Manson (formerly PostMasculine) still has done nothing to remedy this massive ethical breach. He still thinks it’s perfectly okay to lead on a celibate woman for six months and then bail because he’s “not responsible for someone else’s feelings.” At the moral extreme, you can see how this argument is totally bankrupt. After all, Hitler could argue the same thing, and nobody wants to live in a world where people go around acting in unethical ways and claiming they have no responsibility for it. Beware if you have any dealings with this man. He has no ethics and thinks it’s perfectly okay to do things he knows will hurt other people. If you’d like to read another article on this troubling topic, go to:

← If you can’t beat them, join them :) ← How to Be Feminine Mystique, Power, and Grace: A New Definition of Femininity
We use cookies on this website. By continuing to use this site, you are consenting to cookies. We do not sell user or customer information, ever.Ok