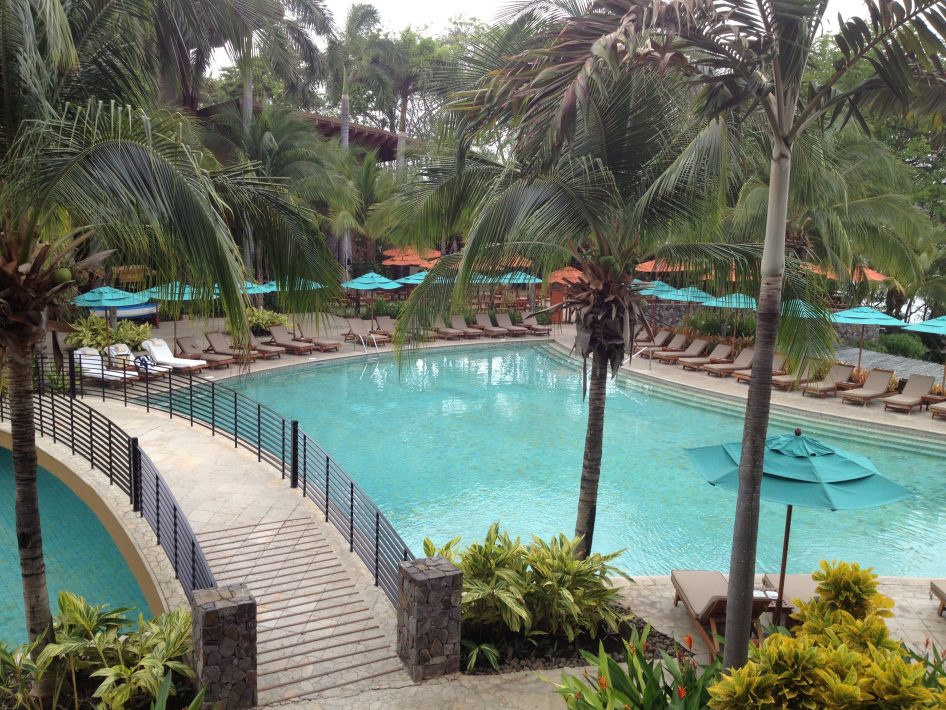 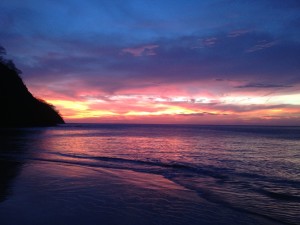 Today is my last full day here in Costa Rica, and I am enjoying the peace here at the Four Seasons on Papagayo Peninsula. Of all the places I stayed along my journey, some of which were quite nice, this one is by far the most relaxing. Why? Because of their attention to detail. No bugs in the rooms, hardly any mosquitoes in the public areas. Every request attended to promptly. No bumpy rides to the beach because the beaches are right here just steps away from the rooms.

It’s an easy and joyful life.

This morning I went out paddle boarding again on calm seas. It was a great workout and I saw my giant tortoise again :) Yesterday I had a fantastic Pilates class at the spa. I’ve been meeting some really amazing people, including an entrepreneur who has traveled all over the world, and … a really cool guy who just moved to San Francisco six weeks ago. He is one of Eli Lilly’s top 50 salespeople of the year, that is why he is here at the resort. He’s a former college basketball player. And we have great chemistry.

I had seen him a couple days earlier with his friend at the bar, and I never imagined in a zillion years he would approach me lol. That’s because both he and his friend are about 6’10” tall … and generally speaking, I tend to assume that guys that tall want to be with taller women. But that’s not necessarily true. I regularly date guys twice as big as me. This guy is probably closer to three times as big as me lol.

This little mini-romance all happened just the way I most enjoy it. He approached me at the bar, was very flirtatious and funny, talked with me for a while, got my contact info and sent me an email. Something I noticed is that he addressed the height thing right away in a humorous way that kind of disarmed it …

I asked him what he does now instead of basketball. And with a totally straight face he said, “Horse jockey.” Lol … my face probably looked very confused, and he then followed up with a sly smile:

After our little getting to know each other chat, he said he was going to have dinner with his friends and come back, which he did. He bought me a drink and then insisted that we walk on the beach in the moonlight. Which was simply wonderful. The moon was reflecting on the water, the waves were lapping at our feet, and I enjoyed feeling the softness of the sand cushioning each step. He held my hand walking along the beach. And later at the end of the night, he walked me to my room, and kissed me good night. But he did not try to push anything more than that. It reminded me very much of my first love back in college and how that all began :) 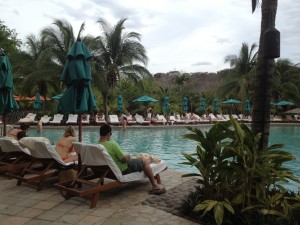 As you can see … I’m pretty much living in paradise here.

Honestly, staying at the Four Seasons Costa Rica is way, way, way more relaxing than any other part of my trip. And if I’m really going to be honest, I like it that way. I like things being luxurious and easy. I used to think there was some kind of “badge of honor” to be earned from roughing it in difficult situations. Now I really enjoy convenience and the kind of attention to detail that is rarely found like it is here at the Four Seasons.

And yes, it costs money. The family I grew up in would never spend this much money on a hotel stay. I noticed I had some fear of even telling anyone I was staying at the Four Seasons, lest they think that I am some snobby person lol. But you know, that’s not how it is here. The people are wonderful and very down to earth. Really the only thing that sets them apart from the rest of the population is that they know they deserve to have abundance, and they are ready to receive it. Does it cost money? Sure, yes it does. But in many ways, it is How to Attract Money with EFT Tapping than it is to deal with hundreds of annoying inconveniences every day because we are “scrimping and saving.” 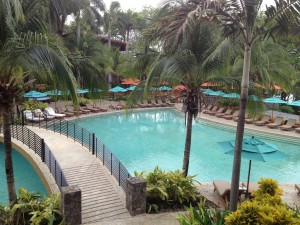 In the spirit of opening ourselves to embracing maximum abundance, I included some EFT tapping videos in the brand new 30-Day Becoming Fearless Challenge for letting go of the common fears that block people from embracing abundance. So many people feel “guilty” for having a really wonderful and easy life. There is a video for letting go of fear of life being too easy, one for releasing fear of spending money, and one for fear of not reaching our full potential. The really good news is that if all goes well today, I will get the last of the 30 EFT tapping videos loaded onto the product delivery page for the Becoming Fearless Challenge. And that means the pre-sale for the 30-Day Becoming Fearless Challenge will not last much longer, so get it now.

← Become Fearless and Save Your Breasts ← We Are All Human Angels
We use cookies on this website. By continuing to use this site, you are consenting to cookies. We do not sell user or customer information, ever.Ok