WHY are you still buying in to your F*&%ing Excuses and Bulls**t? 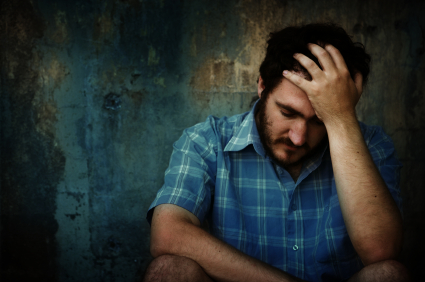 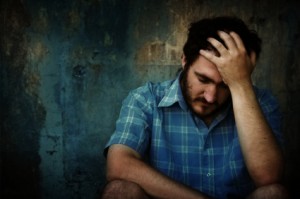 Today is a tough love post for one of our customers. He posted in our Holistic Belief Reprogramming Membership & Product Support Group today (it’s a private group on Facebook which you can JOIN by becoming a member here). And I’ve already let him know to prepare himself for some hard core tough love. If this man continues to buy into his excuses and bullshit, his life is going to be FUCKED forever. So being “nice” about this is not the right answer. It is important that somebody (that somebody is me, apparently) stand up and say, “Hey, you are smoking your own crack here, and if you keep smoking it, your life probably will not only never get better. It is going to get worse.”

Now, this customer got my miraculous and life-changing How to Attract Money with EFT Tapping quite a long time ago. That was a great step in the right direction. The only problem is that it is now FIVE MONTHS LATER and he still has not made it through the 30 days of videos even one full time. In other words, he’s essentially saying that for FIVE FULL MONTHS, about 155 days, he could not find the “time” to tap through a mere 30 EFT tapping videos. If that right there doesn’t set off MAJOR RED FLAGS that this person is buying in to their own bullshit and excuses, I don’t know what does … I’m sorry folks, YOU ARE NOT THAT BUSY. You’re not. Look in the mirror and BE FUCKING HONEST FOR ONCE.

* You may be scared shitless of change.

* You may be totally hypnotized by the ego so that the absolutely LUDICROUS seems reasonable to you.

BUT YOU ARE NOT THAT BUSY. And being honest about this is the first step to doing what you MUST do to get out of your shitty life and into a better one.

By the same token, YOU ARE NOT THAT POOR, either. Every single one of you has money. If you choose to spend that money the way you are spending your time, frittering it away on cable TV and a bunch of bullshit that gives you no value at all, that is on you. Be honest. YOU ARE NOT THAT POOR.

As wealth mentor David Neagle has said, “You don’t have a money problem. You have a willingness problem.”

Now that we got that out of the way, let’s read his post and take apart the bullshit and excuses line by line:

I’ve had some setbacks recently in my personal life (massive unexpected bills, death in the family, etc). Unfortunately these personal dilemmas have caused interruptions in my tapping. I have felt the need to do some extra tapping now in addition to the Abundance Challenge. Here is a procedural question:

Should I start with the karate chop point saying something like the following?

“Even though when I get to a certain point in the program, something crashes

Would it then be good to follow with something like tapping the acupressure point saying the table of contents from “A Course in Miracles” workbook multiple times while tuning in to these issues?

Thanks in advance for any and all suggestions.

Okay and here is my very TOUGH LOVE answer:

Now, it is interesting that this man, we will call him Rob, purchased the 30-Day Abundance Challenge right around the same time that my cat Fritz got sick. And because the difference between how Rob is handling his crisis and the way I handled the crisis with Fritz is very instructive here, I am going to compare our two courses of action side by side here.

First, let’s take this sentence: “I’ve had some setbacks recently in my personal life (massive unexpected bills, death in the family, etc).”

Okay, yeah, so-called “setbacks” … every single one of them is either going to be a problem or an opportunity depending entirely how you handle it. Was it really a “setback” or was it a kick in the ass from the Universe? Hey, I understand it’s a huge bummer to get blindsided by major financial or emotional issues. How do I know this? Because during this same time period of which we speak, my cat Fritz almost died. And guess what? We also had massive unexpected bills, well over $6000 in unexpected medical bills when all was said and done. And the entire incident came out of the blue sky.

So here’s the question I am going to ask repeatedly in this article: How are you, Rob, any different than me?

Second, Rob writes: “Unfortunately these personal dilemmas have caused interruptions in my tapping.”

Again, let’s compare what happened to me to your situation. My cat Fritz is unexpectedly in the hospital with an extremely poor prognosis. Do I use this as an excuse for “interruptions” in my tapping? FUCK NO. I realize immediately the only real hope this cat has is for me to HUGELY INCREASE MY TAPPING. Now mind you, during this time period, I also had a surgery scheduled for myself that I could not cancel. And to support Fritz the Cat, I had to spend as much available time during the day AT THE HOSPITAL, giving him Reiki and letting him know that he was loved because the place was a hellhole and I was worried he might just “give up” otherwise.

Were there “interruptions” in my tapping? Yeah, for all the hours of the day that I was at the hospital and getting my own surgery at a doctor’s office an hour away from the City. The rest of the time I was recording EFT tapping videos that ultimately became part of Eternal Youth Challenge Part 2 and Secret Revolutionary Product Part 6. Beyond recording EFT tapping videos, I stayed up late into the wee hours of the morning EVERY SINGLE FUCKING NIGHT HE WAS IN THE HOSPITAL, tapping for HOURS with another customer of mine through as much of A Course in Miracles as we could manage to SAVE HIS LIFE.

Yeah I barely got any sleep, yeah I was fucking exhausted and the despair and overwhelm was crushing. Those are some of the most emotional EFT tapping videos that I have ever recorded. Do you think that fucking matters now, when I have a healthy cat because I refused to buy into any bullshit and excuses???

After he got out of the hospital, and even though it was emotionally grueling, I continued tapping probably about eight hours a day for quite a few weeks until we had manifested him a full recovery.

So let’s ask the question again: How are you, Rob, any different than me?

Should I start with the karate chop point saying something like the following?

“Even though when I get to a certain point in the program, something crashes

The first thing you need to do, Rob, is be honest with yourself. I am very glad that you are going to do some extra EFT tapping because that is exactly what is needed here. And I would suggest tapping something like this:

“Even though I am bullshitting myself, I am lying to myself,
I am refusing to take full responsibility for my life.
I think external circumstances are causing my failure to commit to this program,
and I refuse to see that I am just making bullshit and excuses,
I am open to the possibility that in fact I am the cause of everything in my life.”

And I would tap on that theme for several hours at least, being as brutally honest as you possibly can.

Then I would move to the self-sabotage.

“Even though I don’t really want to succeed,
I don’t feel worthy of success,
Success scares the shit out of me,
So I would rather make bullshit and excuses,
and pretend it’s somebody else’s fault,
or some external circumstance stopping me.

I would between these two sessions tap through the entire table of contents of the A Course in Miracles workbook.

And then I would make a commitment to tap the entire How to Attract Money with EFT Tapping at least five times through, every single video, in about two weeks time maximum.

THEN you can expect to see some changes in your life. But as long as you think these circumstantial and financial excuses hold any water whatsoever, YOUR LIFE IS GOING TO SUCK AND YOU ARE FULLY RESPONSIBLE FOR THAT RESULT.

← It is your responsibility to learn how to heal ← Erika Awakening Retires from Public Life forwarded
We use cookies on this website. By continuing to use this site, you are consenting to cookies. We do not sell user or customer information, ever.Ok